The first week of March I was together with a few other XNA MVPs at the Microsoft MVP Summit 2011 in Seattle.

Of course, bound by our NDA’s we can’t share stuff we found out, but maybe we can tell you some things that might put you at ease.

Yes, Microsoft is not always moving as fast as we’d wish; Yes, there are pressing issues with the site; Yes, on some points they are behind the competition at this point… but I feel that YES, these (XNA, WP7, XBLIG) are awesome platforms to be on, only getting stronger, and having a great future.

On a personal note, this was a good summit. I had a great time with the other MVPs and met some great people in Microsoft, who I want to thank for their time and effort.

Also, I got a signed copy (thanks George and Chris) of this: 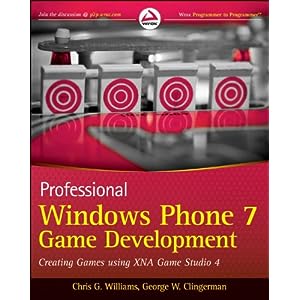 It’s a fantastic book, the writing style is fun, which makes it a real pleasure to read. And on the technical side, being written by these two guys, it’s probably the best you can get on the subject. The single complaint is that the tattoo didn’t make it on the cover.